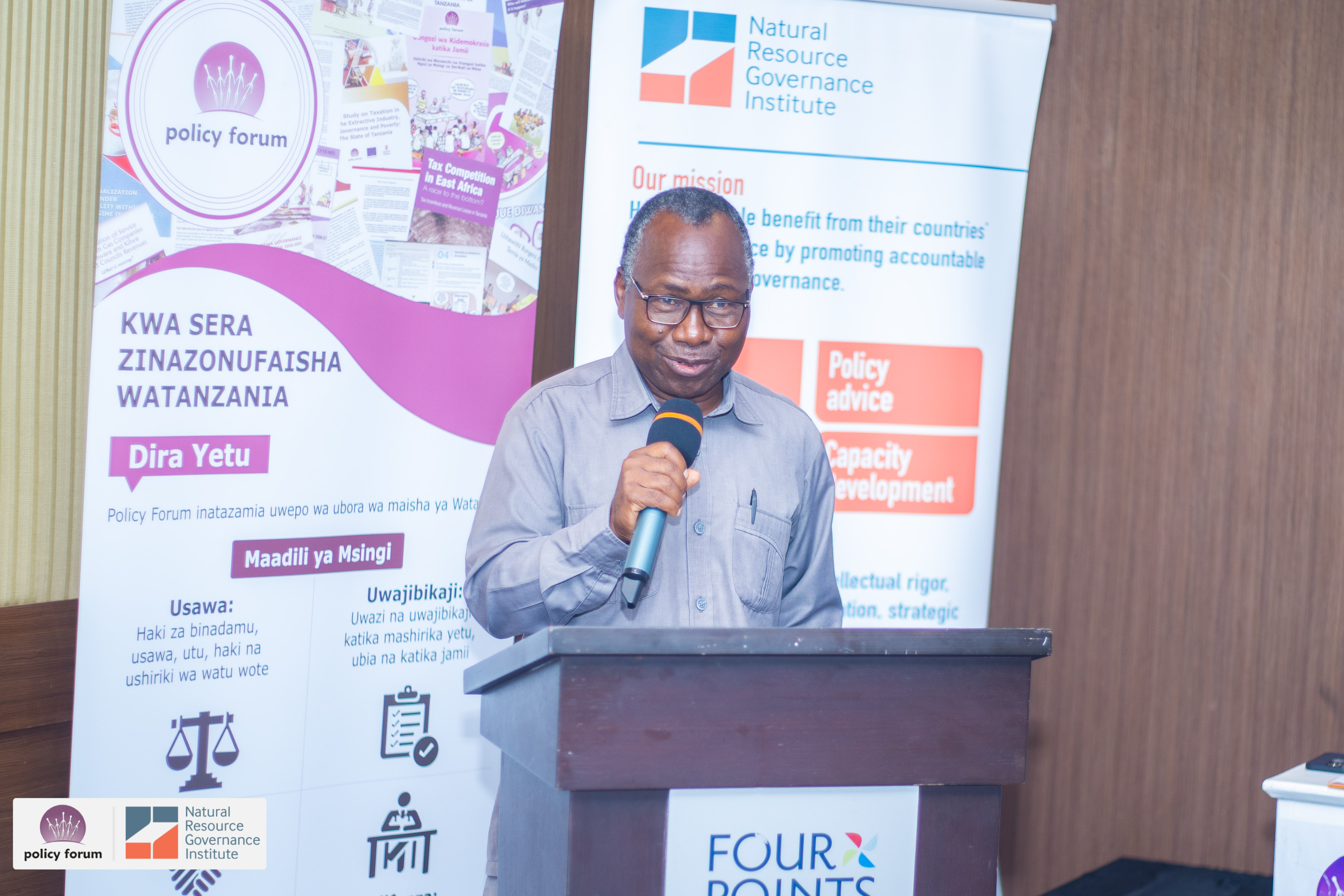 The impact of climate change and drive to transition from fossil fuels to clean energy is happening faster than earlier predicted.  World Bank estimates that overall demand for critical minerals vital for industrial energy transition will increase significantly over the next 30 years (by 2050).

These findings were presented by the Former Commissioner for Minerals, Dr.Dalaly Peter Kafumu based on a study commission for Natural Resource Governance Institute (NRGI) on   “Critical Minerals and Energy Transition: Findings from Tanzania’s Scoping Study of Critical Minerals Potential and Implications for Tanzania” at the Policy Forum March 2022 Breakfast Debate.

Dr. Kafumu highlighted that Tanzania has close to 24 documented Critical Minerals whose potential, if fully exploited can be a game changer in the country’s economic development from the mining sector considering the increasing demand for critical minerals in the world and domestic energy transition.

Although, Tanzania has a wide variety of what are considered critical or strategic minerals relevant to the future global energy transition. The level of knowledge and engagement of Tanzania’s citizens and civil society on energy transition is limited and critical minerals is non-existent.

Significantly, the government policies and positioning are silent and yet for some of these minerals the quantity, quality and location of deposits is still unknown. Critical minerals have been broadly defined as minerals with limited geographical presence but critically associated with industrial usage.

However, Eng. Asa Mwaipopo acknowledged the gaps in the current Tanzania Development Strategies and Mineral Policies.

An independent policy on critical or strategic minerals may not be necessary but aligning the current framework to tap in the energy transition opportunities is essential, he said.

Mwaipopo further highlighted between 2005 and 2020, there was an exploration boom for Tanzania’s Critical Minerals. The interest surpassed gold and other major minerals. There are 26 exploration projects, 2 operating mines, 2 mines under construction, 8 projects with Joint Ore Reserve Certification (JORC) for further investment and 7 confirmed occurrences.

Moreover, majority of the actors with mining interests or operations in Tanzania are foreign companies despite the occurrences of these deposits in rural areas there is low domestic participation with only five (5) Tanzanian companies involved while Australian companies top the list of the active players with 20 companies and 2 joint registered.

Government can benefit more from investing in processing of the critical minerals, thus capturing, and retaining high values from the resource extraction of the value chain. Where the local volumes cannot economic viably support, Tanzania ought to explore partnering with other Countries in the region.