Mobile Network Operators, CSOs and Citizens Call for a Digital Policy in Tanzania 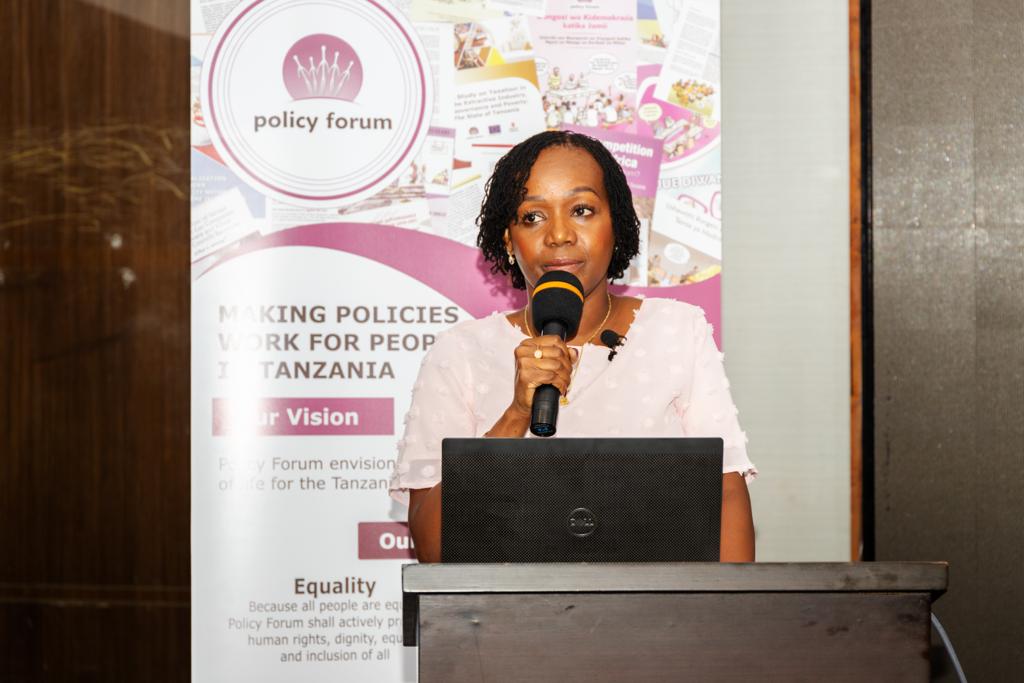 To create an integrated, inclusive society and an economy that improves the quality of life for its citizens, it is highly encouraged to invest in digital infrastructure, savvy workforce, e-commerce platforms, financial services and an ecosystem that promotes digital entrepreneurship. This was indicated at the Policy Forum October 2021 Breakfast Debate whilst the Director of Corporate Affairs and Vodacom Tanzania Foundation, Rosalynn Mworia was presenting.

Mworia highlighted, as Africa meets the Fourth Industrial Revolution (4IR), The growth of digital technology mainly driven by the mobile revolution has been one of the bright spots for Africa’s development.

However, Tanzania is lagging on the digital front with regards to having a digital policy that will promote internet penetration, quality and affordability which is low compared to the rest of the world. The digital gap breeds social and economic inequalities.

Nevertheless, one of the government’s priorities is to build internet broadband that will use the country’s national electricity grid to extend its nationwide fibre network which will connect the entire country single-handedly and become the driving force for socio-economic transformation, increasing efficient production and distribution of goods and services, opening new opportunities for income generation, enhancing connectivity between people, societies, and organizations. Currently, 46 percent of the population have been covered by the national broadband network as compared to the 80 percent target.

Director of Policy, Research, Advocacy and Lobbying at Tanzania Private Sector Foundation (TPSF), Andrew Mahiga stated that youth will be one of the most important assets. Young Tanzanians are capitalising on new technologies to launch start-ups and to find solutions to the continent's problems. The challenge for Tanzania is providing its youth with the knowledge and skills needed for the emerging world of work to curb the unemployment gap.

In addition, Mworia mentioned that Tanzania has witnessed the use of innovation hubs that create apps such as the text messaging service " Health Pregnancy, Health Baby" that improved the nutrition of newborns by providing mothers with information on child development best practices as well as reminders on essential healthcare services.

Citing an example of a Vodacom app called m-mama which uses mobile technology to connect pregnant women to care when they need it the most, and working to reduce rates of maternal mortality, identified as the number one health challenge by the United Nations’ Sustainable Development Goals.

Still, the burden of taxation in Tanzania is another underlying factor that widens the digital divide. The citizens are heavily taxed as compared to other countries in Sub-Saharan, Middle East and North Africa, Asia Pacific, Europe, and Latin America with regards to the mobile sector and this is with exception of the government levy for instance; in Latin America and Sub-Saharan countries If a user had 100 Shillings deduction of  tax would amount the user to be left with 88 Shillings and 74 Shillings respectively,” Mworia said, adding that the said charges were different from the recently imposed to support the country’s development.

All stakeholders have a role to encourage greater investment, co-invest in Tanzania’s digital future and partner with the government to support them to deliver on their societal mandate and bridge the digital divide which COVID-19 has massively impacted on African economies.

The government needs to review the legal frameworks to sustain the 4IR and incorporate a digital policy that will support digital transformation in Tanzania to realize competitiveness and industrialization for Human Development.