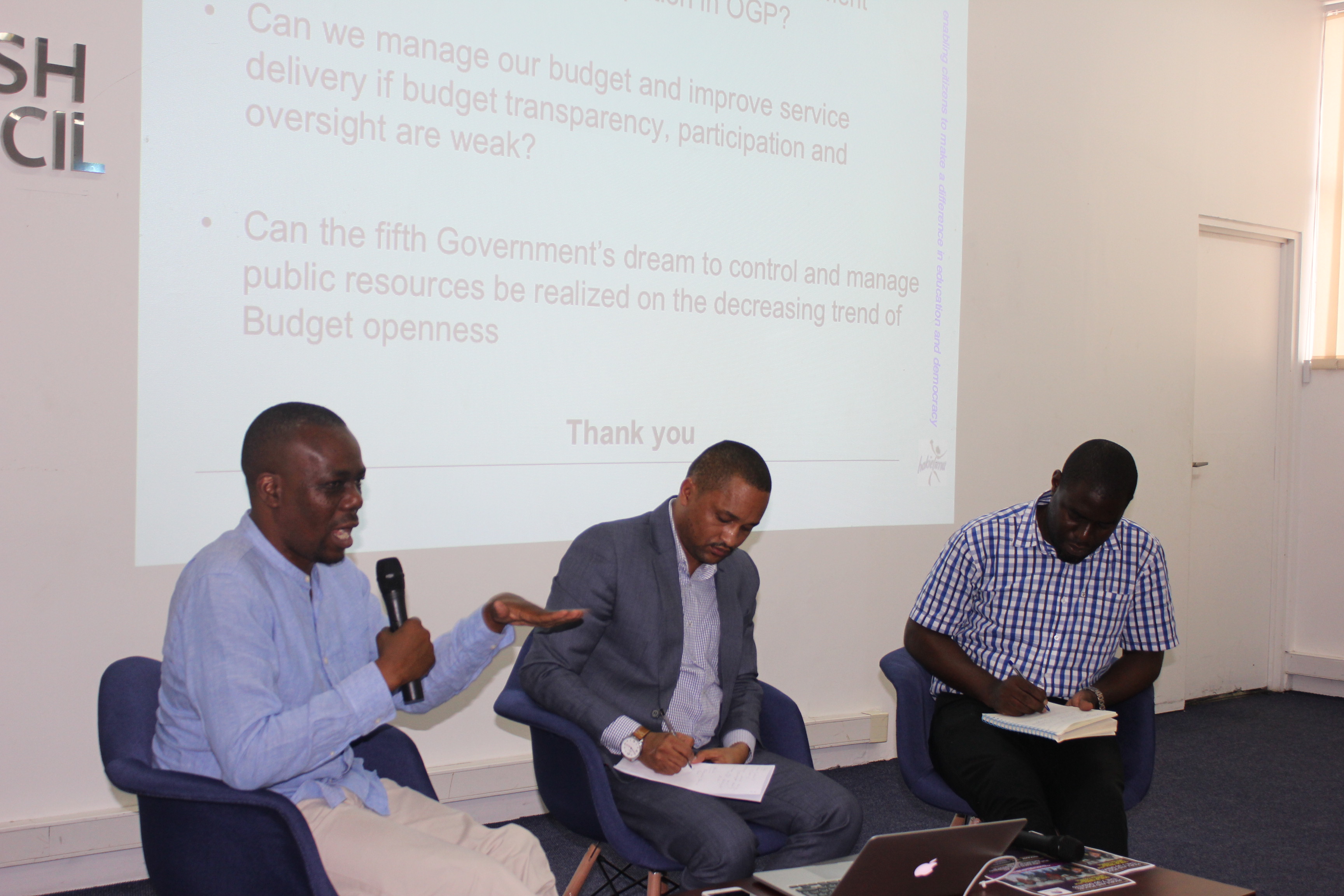 Findings of the 2017 survey conducted by the International Budget Partnership (IBP) reveals that Tanzania has scored a lowly 10 out of 100, implying it is a country that provides scant or no information on public budgets. IBP considers countries that score above 60 on the Open Budget Index as providing sufficient budget information to enable the public to engage in budget discussions in an informed manner. Countries scoring above 60 on participation and oversight are deemed as providing adequate opportunities for the public to participate in the budget process and providing adequate oversight practices.

Presenting at the morning debate coordinated by Policy Forum (PF) on the theme ‘Open Budget Survey 2017: What is the State of Fiscal Transparency, Participation and Budget Oversight?’, Boniventura Godfrey, the Head of Programs at HakiElimu, explained that the survey gauges three pillars of public budget accountability: transparency, public participation and oversight.

Explaining the availability of the budget documents to the public, Godfrey claimed that since 2008 Tanzania government has not made enough effort to produce mid-year review and year-end reports. With regards to the citizens budget, the executive budget proposal and in-year reports, in 2017 the government published late, or did not publish online, or produced for internal use only and that has remarkably affected score of budget transparency (10/100). The score is affected by the fact that the survey recognizes budget documents as publicly available if they are published online on the relevant government institution’s website.

As for Public Participation, Tanzania has scored 15 out of 100 which is slightly above the global average which is 12. Godfrey explained that the  public participation indicators measure the degree to which the government provides opportunities for the public to engage in budget processes. Such opportunities should be provided throughout the budget cycle by the executive, the legislature, and the supreme audit institution.

Godfrey elaborated that the aspect of Budget Oversight measured the strength of two oversight institutions which are the Supreme Audit Institution (SAI), in the Tanzania case the Controller and Auditor General (CAG), and the Legislature. The legislature oversight aspect produced a score of 37 out of 100 in 2017 while in 2015 it scored 39 out of 100. Major reasons for the fall includes the legislature committee not examining or publishing reports on in-year implementation, the legislature not being consulted before the government shifts funds and lack of legislative hearings for the public/civil societies to testify.

The oversight by Supreme Audit aspect produced a score of 39 out of 100 in 2017 compared to 50 out of 100 in 2015. Key issues highlighted by the survey includes the fact that head of SAI is not appointed by the legislature, audit processes are not reviewed by an independent agency, lack of formal mechanisms for the public to assist the SAI in formulating its audit program and the lack of space for public to participate in relevant audit investigations.

Godfrey recommended that the government produce and publish online Mid-Year Reports, Year-End Report and In-Year reports in a timely manner. Also, he counseled for the publishing and increasing the comprehensiveness of the Executive’s Budget Proposal. He further stressed that there should be an established accessible mechanism for capturing public perspectives on the budget discourse as well as formal mechanisms for the public to participate in audit investigations.

Discussing the topic Hon. Zitto Kabwe (MP) pointed that “Tanzania’s drop of score from 46 in 2015 to 10 in 2017 is a sign that the executive did not care even under pressure” and that the country faced a serious problem of budget credibility. “The parliament usually passes the budget but the executive has the power to decide what to implement and what not to. For the nation to realize its development potential, the parliament is supposed to approve all major development projects to limit the misuse of public money,” he added.

Hon. Kabwe urged citizens to participate in the meetings held at the grassroots to discuss with local leaders the issues relating to development and not wait for avenues to criticize what is done by the top executives. He also advised PF to seek an opportunity with the Parliamentary Standing Committee on Budget to present the findings and recommendations to improve transparency, participation and oversight of the budget.