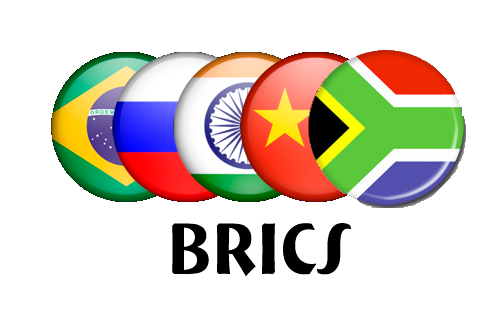 BRICS states have been urged to become more active and transparent in the Tanzania development dialogue with stakeholders as they seek to contribute to the country’s poverty reduction efforts as articulated in MKUKUTA. Tanzania has also been cautioned to be careful in handling foreign investors coming to the country offering contracts without transparency.

The call was made by Dr. Darlene Mutalemwa, a lecturer at Mzumbe University during the February Policy Forum Breakfast Debate held at the British Council. “Engagement with BRICS states is becoming more important but their presence has not been felt in dialogue mechanisms,” she stressed.

BRICS is an acronym for a grouping of countries namely Brazil, Russia, India, China and South Africa with a common economic growth agenda and a consultation platform to exchange opinions, seek convergence, identify areas of cooperation and influence the international discourse.

For Tanzania, where poverty, aid dependency, food insecurity, poor infrastructure, the lack of productive capacity and the transfer and affordability of technology remains a challenge, BRICS engagement in the country is being viewed as an opportunity to enhance economic and social development of Tanzania. However, there is little clarity from both BRICS and Tanzania on how this opportunity can be realised.

“BRICS may have to clarify more on how their vision for increased South-South co-operation will translate into better opportunities for Tanzania and in poverty reduction,” she said, adding that Tanzania has to engage with BRICS with its own development cooperation policies in mind.

Given that BRICS have local offices in Tanzania, she advised that they be included at country-level annual discussion fora like the Development Partners Group (DPG), The General Budget Support (GBS) Review, the Annual National Policy Dialogue (ANPD) and the MKUKUTA and MKUZA working groups or associated informally as much as is possible in the DPG framework. This will help in drawing them closer to alignment with country systems and policies.

On the other hand, Dr. Mutalemwa mentioned the challenges for Tanzania which include the BRICS’ scramble for natural resources leading to disregard for good governance principles (e.g. corruption although there is no evidence so far to conclude that Chinese firms are more or less corrupt than others). “China and more or less other emerging countries - to our current knowledge have not offered much assistance and support to strengthen institutions’ capacities and regulatory frameworks in Tanzania. This contrasts sharply with assistance from traditional donor countries which have emphasised such issues.”

She mentioned other challenges as being imports possibly intensifying the de-industrialization process in the country and not meeting the various quality and safety standards.

The discussant of the breakfast debate and Programme Executive Director of the Tanzania Private Sector Foundation (TPSF), Mr. Louis Accaro, said that BRICS as an emerging bloc is becoming an important player in Tanzania, especially in light of western donor fatigue.