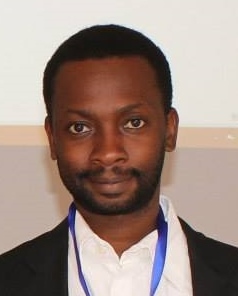 US President Barack Obama and the media might be traveling to my country this week to talk about such ‘sexy’ matters as the US’ economic race with China or peace and security issues. However if America is truly serious about pushing democratic governance around the world, it’s the less ‘sexy’ matters that are even more crucial.

Nothing may seem less ‘sexy’ than budgets and public financial management. But in my experience, inclusive budgets can meaningfully transform people’s lives through better processes, decisions, and outcomes. Despite economic growth in the region, for Africans to fully realize prosperity, we need to be fully in charge of our own development.

I’m worried that citizen involvement in budget processes at all levels of government and within aid partnerships is still too un-sexy.

In Tanzania and throughout the world, the meaningful participation of citizens in decisions on how public funds are spent has one simple prerequisite—budgets have to be transparent. This means making publicly available all information relating to the acquisition, allocation, and expenditure of public money in a timely, accessible, relevant and comprehensible manner. Actually, maybe it’s not so simple. Especially considering that in my country, financial aid from Western governments is such a large part of that public money.

Funds raised through citizens’ taxes, whether in Tanzania or the United States, become the assets of the Tanzanian government to manage on behalf of its citizens. So it is logical to expect that not only Tanzanian government officials, but also civil society, know what donor funds are available and what is planned, to shape those decisions of how money is to be spent in our names.

So in practical terms, how can enhanced transparency of US aid to countries like Tanzania, be of benefit to people like me? This is where it’s simple. If citizens, and the groups that they form to monitor the quality of public service delivery in their communities, do not have access to relevant and useful budget information, we cannot play our rightful role to demand for greater accountability of the resources.

For example, if a village knows exactly how much is allocated for a specific school or a health project in their locale, community members have much more incentive to then take part in tracking when the funds come through, whether activities are carried out, and to what end. When community members have these enhanced opportunities to, they can then engage local councilors and push those entrusted with a project to account if there is misuse or abuse of public funds. Having at least project-level data makes it easier for civil society organizations to follow up and at least check to see whether those results being claimed by both donor and government have been achieved.

Equally, public officials have a responsibility to provide justifications and take corrective action in cases where public resources have not been used efficiently. That is what happens in America and transparency has been a key factor in achieving this. That is why I and other civic actors made a call to support current ongoing reforms at USAID aimed at enhancing accountability in our countries, among our other advocacy work to hold our governments accountable.

I believe the American taxpayer wants the funds that she contributed allocated for aid programs abroad be spent efficiently. For this to happen, the US government has to be part of the global movement in the donor community to become much more transparent about the aid flows to developing countries. When one looks at how USAID fares in Publish What You Fund’s 2012 Aid Transparency Index, he will note that a lot needs to be done within the agency, with it ranking 27th out of 72 donors.

So as we brace ourselves for Obama’s lectures on good governance and transparency as essential ingredients for Africa’s development, I hope his speech writers will remember to put in a line or two about the intentions of the US itself to adhere to these same virtues when it comes to foreign aid
- See more at: http://politicsofpoverty.oxfamamerica.org/2013/06/30/message-from-tanzania-to-obama-transparency-builds-stronger-institutions

Semkae Kilonzo is the Coordinator of the Policy Forum in Tanzania