4th Tanzania Offshore and North Lake Tanganyika License Round: The Government Must Act Strategically and Responsibly 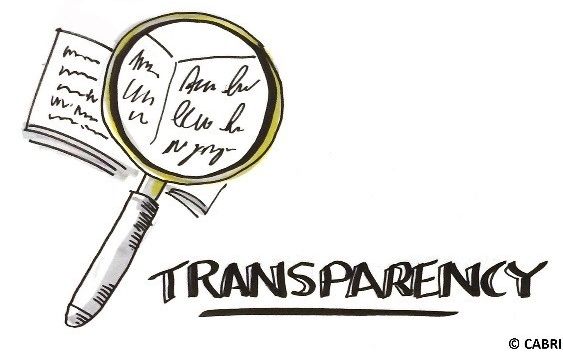 Fellow country men and women, the announcement posted by the Government of the United Republic of Tanzania through Tanzania Petroleum Development Corporation (TPDC) last week for the 4th Tanzania Deep Offshore and North Lake Tanganyika Licensing Round at this juncture triggers serious concerns amongst civil society organisations in Tanzania.

While commending the government for ongoing efforts to put in place robust policies and laws governing the petroleum sector; we, the undersigned are particularly concerned that the move to issue new licenses is neither strategic nor in the interests of the nation. Rushing into licensing the blocks amidst the process of developing and or reviewing key policies, laws and institutions responsible for the management of the sector is misguided. The government ought to understand that Tanzania as a country is at the very early stages of the learning curve as far as management of oil and gas industry is concerned.

Lack of clarity on the intended policy objectives: We take note that last year’s announcement of the 4th offshore licensing round was postponed awaiting the Natural Gas Policy to be finalized. The assumption was that the new policy will increase opportunity for the country to benefit from the sector, while reducing possible negative impacts. For maximum benefits to be achieved, policy choices have to be made before licensing rounds start. The terms and conditions during the licensing rounds reflect policy directions and commitments to be achieved from issuance of exploration blocks. The 4th licensing round announcement basically takes us back, putting doubts as to who is really pushing this process. Is it in the country’s interest or is it industry that is on the driving seat?

Controlling the tempo: The speed at which Tanzania is allocating blocks on its continental shelf undermines the objective and logic behind maximizing benefits for the country. It is of utmost importance to organize the petroleum sector in a way that leaves the country with the opportunity to gain experience and control over time. It is not sensible to issue so many blocks, so fast and so close to each other, at a time when we acknowledge having little technical and monitoring capacity. For a young gas producing country like Tanzania, moderate growth and careful issuance of blocks is key to achieving maximum value through gradual competence enhancement.

It also gives room for the smooth development of infrastructure for gas transportation, processing and marketing. Deep water discoveries require efficient infrastructural setup, ensuring quality control and monitoring. If so many blocks are issued at once, it will be difficult to have a focused work plan given the existing limiting infrastructure. This could lead to losses, wastage and gas flaring endangering the marine life.

Has the bidding round for offshore blocks already started? Last year TPDC said it would release the Bid Round Data Package (BRDP) for offshore blocks by the end of September. This includes the vital seismic data on which companies base their bids. Was the BRDP released? If so, the offshore licensing round has effectively already begun.

Lack of transparency on how the new blocks will be awarded: The criteria by which bids will be judged should be made public. These may include issues such as signature bonus, production bonus, and minimum level of state participation to be offered by companies. Similarly, the basic fiscal terms governing Production Sharing Agreements (PSAs) should be published if we are serious about improving the management of our natural resource wealth.

Separation of roles -TPDC and the regulator mystery: TPDC is still acting as a regulator and promotion arm of the government for the sector, however in the announcement for the 4th licensing round set out blocks 4 1/B and 4 1/C for itself. This should be the function of the regulator (currently non-existent) who is mentioned in the draft Gas policy. Involvement of TPDC in the licensing process and allocating blocks, if unchecked, undermines the current reforms in the petroleum sector.

What happened on Lake Tanganyika? Total was announced to have won the Lake Tanganyika licensing round in July 2011 but the Production Sharing Agreement (PSA) was never signed. The Ministry of Energy and Minerals have never told the nation what went wrong after the competitive bidding process. The nation needs to know what happened. Is it a case of lack of due diligence on the capacity and commitment of the bidding parties or incompetence on the regulator? And what lessons can we learn from this process?

Constitution debate and sovereignty issues: As we are in the middle of the re-writing of our constitution, questions arise around ownership of the resources, transparency in revenue management and distribution of benefits. Tanzanian people feel that the country does not benefit enough from petroleum operation. There is also need to fully resolve Zanzibar’s call for control of the deep water petroleum operations. The continuous licensing of deep water blocks only increases anxiety and tension amongst citizens.

To this end, we call upon:
•    The parliament of the United Republic of Tanzania to firmly exercise its constitutional mandate to represent the views of the people and interest of the people of our beloved motherland Tanzania to check the dangerous speed with which the government intends to move.  Past experience in mining sector governance should have provided us with invaluable lessons to avoid mistakes. Tanzania must avoid falling under the resource curse.
•    The government to put national interest at the fore and deter any unwarranted pressure from Multinational Corporations. East Africa is the new frontier for oil companies operating globally. Their desire to open up new acreage should not come at the cost of our need to improve the management of our natural resource wealth.
•    The government to heed its call for open governance. Transparency helps reduce the likelihood that officials will negotiate detrimental deals with industry and creates a more conducive and predictable investment climate. But most important of all, transparency helps dispel any fears and suspicion on the part of citizens that their resource wealth is being abused.