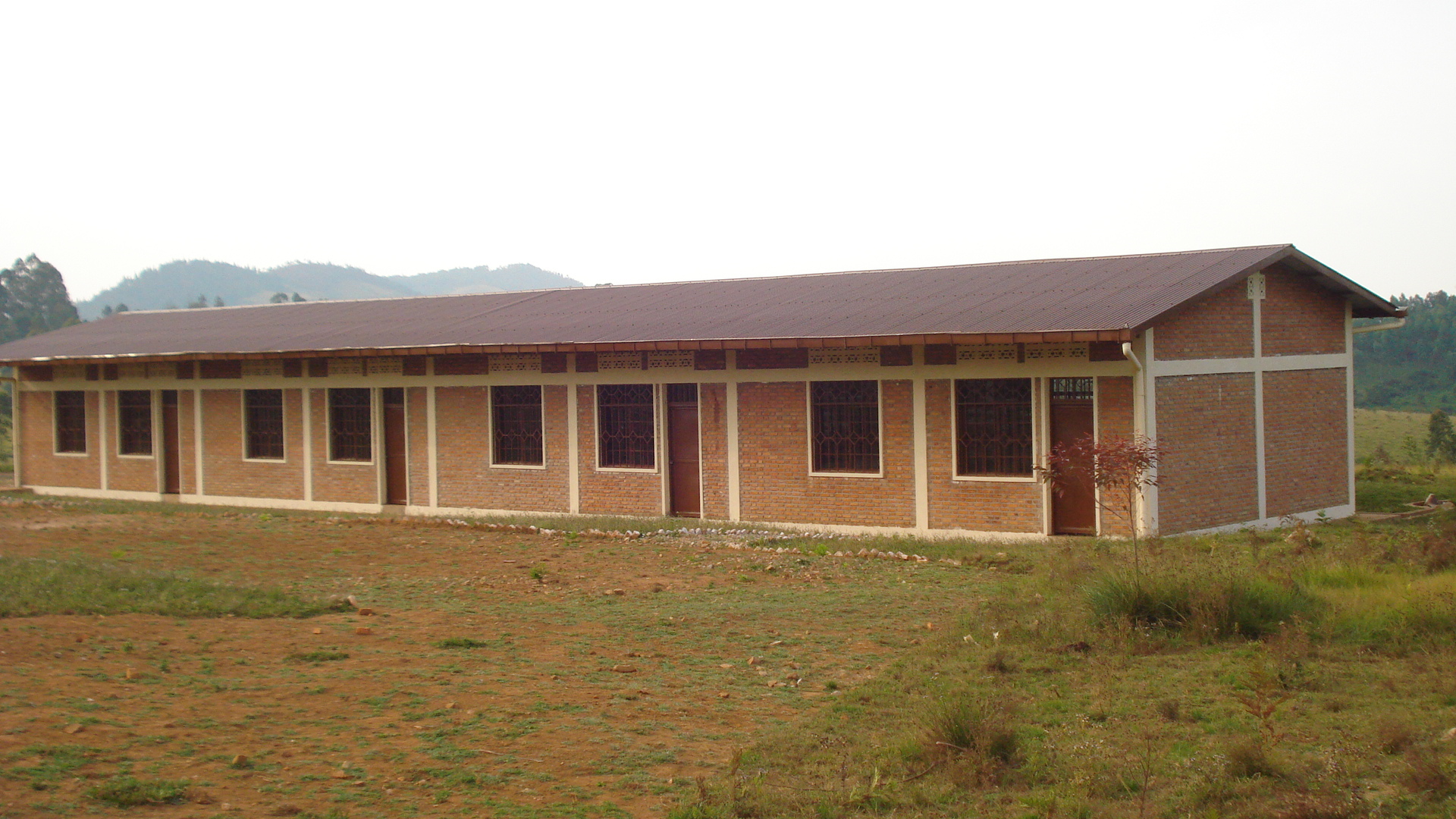 On 3rd  May, 2013, Minister of State (Policy, Coordination and Parliamentary Affairs), Mr. William Lukuvi announced to the National Assembly the government’s decision to nullify the 2012 form four examination results and its directive to the National Examination Council of Tanzania (NECTA) to re-standardize the results. According to the announcement, the decision was reached by Cabinet following revelations by the preliminary report of the National Commission of Inquiry into the 2012 Results of the Form Four National Examination that 2012 examination candidates had been graded using a new and previously untested grading system which neither they nor their teachers knew anything about. The unfairness of this action was described as the basis for Government’s decision.

After careful consideration of Government’s statement on the issue, civil society in Tanzania takes the following position;-

1.      Although we have not seen the full report, the position of civil society is that the Government should not merely have nullified the 2012 form four national examination results. We request the report containing the findings and recommendations of the National Commission of Inquiry into the 2012 Results of the Form Four National Examination be made publically available. This is so that education stakeholders have the opportunity to examine what it has to say about what caused mass failures in the 2012 examinations.  By simply nullifying last year’s results, without allowing for public discussion of the report and its findings, Government seems to be suggesting that if there are any other factors behind the 2012 examinations results, then they are not as significant as the issue of the grading system used.

However, civil society and the public at large understand that over the past couple of years, the form four national examination results have been steadily deteriorating; in 2009 for example 27.5 per cent of the candidates scored division zero, while in 2010 the number increased to 49.6 per cent though it was slightly better at 46.4 per cent in 2011 before increasing to 60.5 per cent in 2012. Between 2009 and 2011, 86.9 of all the candidates who sat for the exam scored between division four and division zero. In the light of this trend, we believe that the grading system used is not the main reason behind the mass failure seen in 2012. It is for this reason that we request the Commission’s official report to be made public so that the other factors (which we believe have been featured in the report) will help direct what measures and steps we should take as a country to rescue the education sector.

For several years now, civil society, educationists, activists and other stakeholders have repeatedly pointed out weaknesses in the education sector and public education system. They have variously pointed out that there are not enough qualified teachers (especially for science subjects) in school and that even those that are in school are often not motivated to teach due to tough living and working conditions, including the matter of huge sums in unpaid dues. In-service training has not been adequately provided so that there is also a lot of confusion and limited understanding of the requirements of the 2005 competence-based curriculum and syllabi currently in use. In addition to that, schools are operating without enough teaching and learning materials such as books and science laboratory equipment. There has been much discussion and evidence presented concerning the challenges associated with the use of English as the language of instruction at secondary school level, without adequate mastery by both teachers and students. The budget set aside for education development is inadequate and schools can hardly meet running costs due to insufficient and often late receipt of the capitation grant. Finally the lack of participation and interest in education by parents and the general public is distressing; add to that a weak inspectorate department and you get schools that are operating in relative isolation, with limited accountability and support to address the challenges they are facing.

2.      Leave alone the issue of grading, these are formidable challenges contributing to mass failure and they need to be addressed. But if government is to proceed in its proposed action, it should clearly explain the merits and weaknesses of the grading system used and which is now being overturned. It should also clearly identify and hold accountable whoever was responsible for allowing its use in the 2012 examinations. This clarification is more important than merely moving to nullify the examinations results as it will provide the public with a clearer understanding of what happened. Since the government has issued a directive to standardize the examination results according to the 2011 rating system, civil society urges that this process should be transparent and should involve other education stakeholders in order to promote the legitimacy of the subsequent results. The involvement of other education stakeholders will validate the exercise much more than if it was to be carried out by NECTA and other government agencies alone.

3.      While Government is ostensibly right in taking action, it should bear in mind that if indeed one of the main reasons behind last year’s dismal performance was essentially the irresponsibility of those mandated to mark and grade the form four national examinations, then they need to be held accountable. It must be remembered that a number of young people committed suicide upon receiving their grades, numerous others experienced various levels of psychological trauma and parents and families used considerable resources to address this. What will happen to those families that have for instance paid for their sons and daughters to re-sit the exam? How will all of these variously affected people be compensated? Government needs to be much more careful about how it handles the education of its citizens as the precedent set by this year’s examination grading fiasco will likely continue to haunt us at the national and international level for years to come.

4.      In March this year, soon after the 2012 form four national examinations results were announced and soon after revealing the existence of a new grading system, NECTA responded to public concerns over mass failures by denying that it had already used the proposed grading system.  In addition to that, following the announcement of the 2012 results, Dr. Shukuru Kawambwa, Minister for Education and Vocational Training, provided an elaborate explanation behind last year’s massive failure that said nothing about the use of a different grading system. According to the Government’s statement, however, we are expected to believe that this was in fact the case. Who should we trust? NECTA and the Minister or Cabinet and the Commission? It goes without saying that the handling of this issue has been particularly poor and it raises fundamental questions about the competencies of the authorities mandated to manage the provision of education in Tanzania. Based on this, civil society would like to reiterate how important it is that Government holds responsible the minister and all other high-level officials in the Ministry of Education and Vocational Training.

5.      HakiElimu’s 2012 research report, School children and national examinations: who fails who? explored the factors behind poor form four national examination results in 2011. In the report, HakiElimu pointed out clearly that the examination marking process as managed by NECTA involved a high level of secrecy, especially concerning the use of continuous assessment scores, which limited the ability of other education stakeholders to monitor, question and hold the examination council to account. Examinations do not reflect the reality of teaching and learning in schools due to the numerous challenges therein. While we recognize the sensitivity of the examination setting and marking process, we believe that it is quite possible that NECTA’s limited accountability to education stakeholders got us here. Things need to change and teachers, who are heavily involved in implementing the curriculum need to be more effectively involved in setting it so that they understand what is required of them. For instance, many still do not understand what the 2005 move from a content based to a competence based curriculum requires of them and they continue to teach in the same old ways. This episode shows the extent to which NECTA operates in isolation and the potential dangers of this. It is important for various education stakeholders to be involved in and informed about everything that the examinations council decides and they need to be consulted and given enough time to understand it before a new grading system is put to use.

6.      Once again, civil society would like to urge government to put in place evidence based strategies to improve learning in schools and to work on the challenges affecting it. Poor examination results are an indication that there is serious problem in the learning process. It is impossible to deal with the kind of challenges that currently haunt the examination sector by standardizing examination results alone and this move has numerous dire consequences. For instance, last year’s poor performance in the standard seven national examinations caused the government to lower the cut off mark for entry to secondary school to 70 out of 250. The government’s decision resulted in secondary schools accepting students who did not meet the required standards; some of them could not even read and write. Literacy, which is one of the basic indicators of learning, is on the decrease while the public education system is expanding. This shows that there is formidable problem in our public education system and that this problem is not just limited to the assessment process. Government has clearly compromised on the capacity of students by lowering standards at standard seven and by removing filters such as the form two qualifying national examination and this is affecting learning outcomes as a whole. Students who sat for the form four examinations last year and as far back as 2009 did not sit for a qualifying exam in form two. What then makes the Government anticipate better examination results than the ones we see? The Government now needs to put in place a more effective learning assessment system that meets national and international standards. It needs to make a serious commitment to invest in education and avoid wasting our children’s time by putting them in schools without ensuring that they are learning.