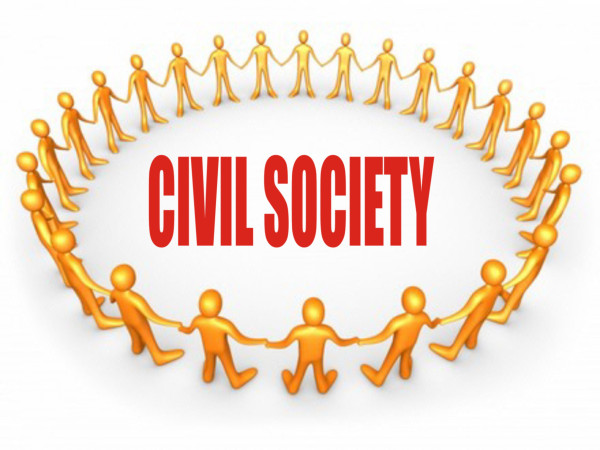 Your Excellency the guest of honour, Honourable Peter Mizengo Pinda – The Prime Minister of the United Republic of Tanzania,

Distinguished guests at the high table,

Your Excellency representatives of diplomatic missions,

Members of the press,

Ladies and gentlemen, a very good morning to you all.

On behalf of my fellow members from Civil Society Organizations, I would like to express our sincere gratitude to our government for inviting us to participate at this annual policy dialogue. Our presence at this dialogue indicates the recognition of the vital contribution of CSOs to the development agenda of Tanzania. Our expectation during the course of this dialogue is to see our views and recommendations taken onboard by government as it implements policies.

This annual policy dialogue is happening at a time when the country is facing major economic hardships that impact on the lives of all Tanzanians – especially the majority poor living in rural areas. There has been a significant and deliberate effort by the government and other actors to reverse the situation. We applaud every government effort that is being directed at finding lasting solutions to the problems we are facing today but also feel that there is a lot more that could be done to avert the current economic crises. We hereby reiterate our pledge and commitment in pushing the development agenda forward and ensuring citizen participation and ownership of the development agenda. We will also continue to make sure the voices of the marginalized and the public is heard, and strive for accountability to the public in all development processes and governance.

Your Excellency, on behalf of my colleagues, I wish to highlight three key issues that I will touch on lightly in this statement but which will be further elaborated over the thematic and sector sessions in the course of the next two days: These are:

Your Excellency,
We congratulate the government, particularly the Ministry of Finance in being able to produce and make publicly available key documentation for the 2011/2012 national budget. We noted that the four volumes of the budget books were uploaded on the Ministry of Finance website and are freely accessible there at. The Ministry of Finance in collaboration with Policy Forum also produced a citizens’ guide to the national budget. This collaboration is only one of the ways government and CSOs could work together towards achieving economic development in Tanzania. We hold this collaboration in high regard and look forward to other such partnerships in the future for the benefit of the country. More could be done, however, in as far as the timely production of the documents in question is concerned. Late publication of budget documentation hinders active citizen participation which defeats the whole purpose of producing these documents in the first place.

In the same vein, our country still faces the problem of budget deficits due to weak tax collection mechanisms on the one hand, as well as the growing national debt and yet government still greatly relies on development assistance. This has contributed greatly to the vicious circle as citizens continue paying heavily for money that they were not involved in borrowing. A suggestion that would go a long way to help the government in as far as strengthening tax collection is concerned is if the donors assisted in curbing capital flight by relaying to government the truth about what foreign companies report as profit back home. Development Partners should also assist the government in revising the tax policy for companies investing in Tanzania.  Furthermore, the government and development partners need to critically think as to how and when Tanzania is going to graduate from aid. Specific and concrete steps with indicators must be laid out in the roadmap and efforts mobilized towards ensuring that Tanzania graduates from aid dependence. We also suggest, in the spirit of good governance, that government involves parliament – the representatives of citizens – in decisions regarding government borrowing.

While we urge government to continue in the positive spirit of striving to publish budget documentation in time for citizens to be able to engage in actively in the allocation of their resources, we also advise that the government to  further strengthen tax collection mechanisms as well as involve the parliament in borrowing decisions to control the increase of the national debt. We commit ourselves to continue undertaking budget analysis so as to advice better the government and other stakeholders.

Your Excellency,
The country is still facing serious economic setbacks which continue to cause havoc with the country's economic developmental efforts and largely account for the dark forecasts on the country's growth trends. These include persistent power outages, escalating food and fuel prices, rising inflation, falling revenue collections, slow or partial donor disbursements and ever-rising public debt. Inflation is yet another complex challenge that impacts on most people’s lives. We are aware that the inflation for some months has skyrocketed to 19%.
The two key government strategies drawn to free the country of some of these persistent problems are the MKUKUTA and the five year development plan. However, it has not become clear to us, of the two, which strategy we are to follow. In fact, the implementation of the two at the same time, increases the reporting burden for civil servants as well. In view of that, citizens find difficulty monitoring the implementation of government activities on the road to our development.

Thorough perusal of the five year plan has revealed short falls such as the fact that a big portion of its implementation budget is from donors, land ownership arrangements that are in favour of foreign investors other than citizens, Public-Private-Partnership initiatives that aim to facilitate foreign investors more than the indigenous private sector, and also the fact that it does not mention the involvement of CSOs as well as the ordinary citizen on how it is going to be implemented. We are made to understand that of the Tzs 43.2 trillion budget forecast for the 5YDP, the government is expected to contribute Tzs 2.7trillion annually (of the Tzs 8.6 trillion development budget) and the rest is expected to come from donors and other actors. This is a surprise to us, because with good analysis of new revenue sources, the allocations seem to be going to recurrent as opposed to development.

Your excellence Hon Pinda
The country is faced by increasing unemployment characterised by social vices such as increased drug abuse, prostitution petty theft and robbery. The five year plan touches on job creation but does not mention any strategies to be implemented in that direction. The concept of economic growth envisaged in this plan will not reduce the poverty that we are facing today. The way it is at present, implementation of the strategy will only keep us where we are if not derail us from the course towards development. Talking about the unemployment question, the Poverty and Human Development Report has not adequately addressed it either. What is recommended in the report will only continue expanding the gap between the rich and the majority poor. For example, the agricultural sector that is set to benefit most of Tanzanians in rural areas, still receives less than 7% of national budget and grows at about 4% annually. Increased budget allocation to such sectors, getting the priorities right and promotion of high level of integrity among public officials and citizenry can contribute to narrowing the gap between the rich and the majority poor. I could go on but suffice it to say here that, while we appreciate government efforts and the support of development partners in this regard, we still feel that more could be done to stabilize the economy of our country with the inclusion of citizens. We pledge our support and commitment to work with government in every way possible to see an end to these crises.

Your Excellency,
The constitutional review process has sought to be an all inclusive process after citizens exercised their right to participate in the preparation of a supreme law of the country. This is a move that will see the development of democratization in the constitutional review process in the country. It is important because the constitution bares the foundation on which all other laws derive authority. We therefore urge the government to create more of these spaces for citizens to participate in the good spirit of democracy.

In closing, I once again take this opportunity to thank the government of Tanzania for inviting us to this forum. As a forum of Civil Society Organizations Tanzania, we will be making commentaries on MKUKUTA annual Implementation Report, Joint Assistance Strategy for Tanzania, Five Year Development Plan, Poverty and Human Development Report as well as Macro-economic Policies. We pledge all our commitment to work with you in a meaningful way. We hope you and all participants in this forum shall take these few words under consideration and we look forward to productive and constructive deliberations in this forum.

Thank you all for your attention.