High debt burden measure: How do we know when it is too much? 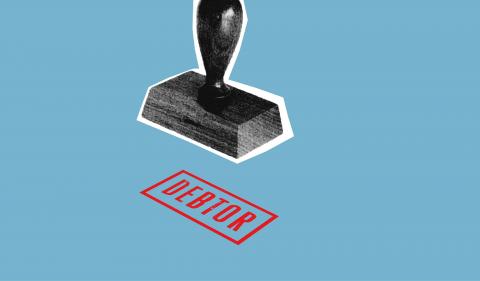 High debt burden measure: How do we know when it is too much?

To adequately meet its service delivery obligations, especially to the poor and most vulnerable in Tanzanian society, the government needs to ensure it has and uses the maximum available resources. The main resources are local taxes, levies, and penalties. Whenever possible government will borrow from inside and outside the country to increase this pool of resources. Borrowings can be means of implementing urgent needs, development projects, or even means of increasing foreign currencies within the economy. However persistent borrowing over several years creates Public Debt which will have to be paid sometime in the future from the same local resources that are used to serve the public.

The recent Controller and Auditor General (CAG) report for the year 2020/2021, revealed a total public debt of about 64.5 trillion at a ratio of 71% and 29% for both external and internal debts respectively. The level of Debt burden is still at an acceptable level and below the 70% debt ceiling set according to the recommendations. Overall public debt was expected to rise further due to additional borrowings up to TZS 69.44 trillion as of April 2022 including TZS 47.07 (67.8%) and 22.37 trillion (32.2%). and further borrowing for the coming fiscal year to finance the expected budget deficit. Public debt in 2020/2021 was at 27.9% and estimated debt service levels of 39% are far above what was predicted in the CAG 2015/2016 fiscal year report.

While the cost of servicing the national debt was trending downward in 2021/2022, this is expected to change in the 2022/2023 budget with a 6 % increase. This might impact the needed internal revenue for budget implementation, it is estimated that in the 2022/2023 budget for every 10 shillings collected in internal revenue, 4 shillings will be used to pay service debt at 39% thus, decreasing the level of predictability that internal collections bring in implementation of a development project. Non-borrowing internal revenue collection is the major source of financing debt service, with more available can be useful in complementing development expenditure thus any increase in debt service hinders this ability. As shown in the graph below debt service has been constant at approximately one-third of the total budget and has utilized more than 30% of the available internal revenue.

External debt at 71% of total debt, caution for external borrowing must be taken, a recent rise in interest rates because of controlling inflation in major economies like the US might increase the risk of further costs to any external borrowings. Considering these risks, controlling internal price fluctuations and the government’s ability to structure external loans that will be both flexible during difficulties and favourable to any shock changes such as interest rates rising will help to have the sustainable cost of borrowing that does not have a major impact on cash flows that are sourced internally.

As the Tanzania government has continued to implement a budget with a considerable amount of borrowing, this is a result of lower tax collection. Over a long period, revenue performance has been below the expectations which have impacted the budget performance overall. The actual debt service is or about the same as the debt budget service estimate thus, any below target internal revenue performance increases the strain on the resources used in the budget even more. Efforts to increase capacity to attain at least the projected internal revenues are important to decrease the stranglehold the debt service might have.

Tax to Gross Domestic Product (GDP) is an important measure of the efficiency of tax collection in the economy. Since any growing economy will increase tax revenue due to increased tax base, collection, and efficiency. The CAG report for the 2020/2021 fiscal year shows that tax performance in terms of actual tax to GDP ratio was below 12% at 11.4%, which is a decrease of 1.4% compared to the 2017/2018 fiscal year.

From the graph above clearly, taxes to fund annual budgets have been around 60 % and there has been no movement to close that gap in terms of tax revenue. While there has been an increase in the budget up to 24% in the 2021/2022 budget compared to the 2016/2017 level (at TZS billion.  29,547) there has been no significant change in the level of tax revenue collected. Thus, any economic growth had not spurred significant positive change in the level of tax to GDP growth. If there could be better tax performance in terms of tax to GDP improvement, budget funding would be positively impacted. But also increasing efficiency and reducing any unnecessary expenditure will improve the budget deficit and shift the graph. Therefore, the government needs to identify and commit to specific measures that will increase the level of tax collection as recommended by the World Bank to 15% of GDP. This will not only increase growth but will also finance a lot of social obligations and improve Tanzanians’ lives. There is a very big chance that reaching 15 % of GDP will immensely decrease the deficit and reduce dependence on loans and external sources.

Can this Public Debt Hurdle be Negotiated?

Finally, it is important for the government to comprehensively show and project in a multiyear the total expected borrowing cost that financing the fiscal budget deficits to anticipate and predict new realities related to the public debt. This will not only show where we are but also where we are heading and help decision-makers in the future borrowing portfolios. The set debt ceiling is just bound to change whenever is necessary to finance public expenditure as we have seen in other countries. More tools that might help to control public debt should be devised for example government might study and devise the appropriate level of debt service cost to tax revenue as maximum controlling means for debt and budget implementation cashflows.

In a bigger picture of country debt, it is therefore important to reign and control the level of public debt particularly external debt which is higher as a share of the total debt. These efforts might be challenged as the government is proposing an increase in the level of annual borrowing to 18% of approved domestic revenue from 12.5% and tax collection to the tune of 11.7% of GDP in the fiscal year 2022/2023. The logical steps that might be key, may include finding alternative sources that external borrowing might be complemented. Measures such as encouraging grants that are earmarked for NGOs by foreign partners to be directed to the country. Also, measures that encourage and increase overseas individual remittances from abroad as means of increasing foreign currency. And an increasing percentage of external funding-related development projects that pass through the economy may help with productivity and tax collection. Internal debt such as pension fund debts also need to be paid, this will be useful to spur investments and increase taxes. Deliberately government needs to make sure internal revenue collection has a higher impact in delivering services and ushering in major development and debt servicing should have minimal impact on reaching these goals.